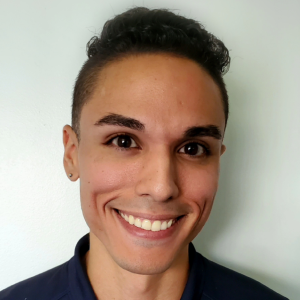 From the early days of our schooling until our ever-elusive retirement, we do our best to handle them. We know them, we share time with them no matter how hard we try to avoid it. We learn with them, play with them, work with or (God forbid) for them, we may even live with them.

It’s not always hard to spot a control freak, but sometimes we can spend months oblivious to someone’s controlling nature. They all tend to have their own special way of manipulating others into doing their bidding. Some more subtle than others making them slightly more difficult to recognize at play. Simply being aware of a few things about controlling personalities keeps us ready for whenever we cross paths with one.

What exactly is being a “control freak”?

Wow, sounds like anyone who’s a control freak is just a psycho, right? Like most things with people and psychology, it’s not that simple.

So how can we tell these personality disorders apart? How will we know the type of controlling nature someone possesses so we may deal with them more easily? How can we even recognize more subtle control freaks?

“’Personality disorders‘ is a wastebasket term to describe conditions where an individual becomes stuck in a fear cycle.” Writes Dr. Brandon Hall, a Family Medicine Specialist. “The mid-brain compels them to take actions to control any situation that it deems threatening. The type of personality disorder they develop simply indicates which control mechanism they feel compelled to employ.”

Those suffering from BPD find it difficult to be alone. They live with intense fears of abandonment and rejection, paranoia, and mood swings that can last days. Though they fear solitude, their inappropriate anger or unstable behavior leaves a trail of failed relationships behind them. They live in constant feelings of emptiness pushing them to engage in impulsive behaviors like drug abuse or binge eating, shopping sprees, habitual unsafe sex, gambling, or even self-sabotage by inexplicably quitting a job or ending a positive relationship.

Those with BPD often have self-identity issues that include shifting values, goals, and seeing themselves as inherently bad. These thoughts tend to bleed out into their social interactions as they can idealize someone in one moment and brand them cruel or uncaring in the next. These symptoms can manifest so strongly that the individual may lose contact with reality for hours at a time.

NPD is a disorder in which someone has an overblown sense of self-importance. They are more easily identified by their excessive need for attention/admiration and lack of empathy for others. They use lots of energy and time trying to get others to see the attributes of their inflated self-worth. But, behind these displays of grand confidence lie fragile egos exposed at the slightest criticism.

They may be generally unhappy when they believe they’re not given the special favors or admiration they feel are deserved. They also confide in others about how unfulfilling they find their relationship to be. Those suffering from NPD are more difficult for others to be around them.

ASPD causes an individual to constantly disregard the rights and feelings of others. This is a disorder commonly associated with criminality as well as drug and alcohol abuse. They will manipulate and treat others callously with a seemingly harsh indifference. ASPD’s are, by far, the easiest of the major disorders to recognize due to their extreme behaviors. They may lie, violently antagonize, or lash out while feeling no guilt for the harm they cause. This is the textbook sociopath. Of all personality disorders, ASPD is the closest to malevolent. Most of how they use others stems from a desire to exploit and maliciously manipulate solely for personal gain.

In the medical community, HPD is also commonly referred to as “dramatic personality disorder”. As you might have guessed, those with HPD have a flair for drama and seem to actively seek it out. Often seen as melodramatic, they can be identified by their patterns of exaggerated emotionality and attention-seeking actions. When not the center of attention, they will feel like an outcast or underappreciated.

Others usually label those who suffer from HPD as “life of the party” or “larger than life” types. HPD’s exhibit quick shifting and superficial emotions which can come off as insincere to those around them. They are known to be eccentric, as physical appearance is one way they use to get the attention they crave. HPD’s may be easily influenced or deceived, especially by those they hold in high regard. They may also overromanticize relationships, believing them to be more intimate than they truly are.

Living with a control freak is challenging, even though you love them despite their need to have everything their way. Working for/with one can be even more challenging, but it’s best to tolerate them to continue earning your living. We’ve gone over the specific major disorders that lead to the need to control others. Now let’s see how best to deal with them in our personal and professional lives.

This is a shining example of the old saying “easier said than done”. But no matter how awful someone is being, keeping your cool prevents any chance they’ll try to use your unfavorable reactions to justify their toxic behavior. Those suffering from one of the personality disorders mentioned earlier are experts at turning themselves into the victim. Be sure not to leave any reason for them to disregard your feelings or not acknowledge their behavior.

Often, those who seek to control others choose their victims by their apparent lack of willpower to defend themselves. Don’t be afraid to let someone know how you feel at the exact moment their controlling behavior is taking place. “Right now, you’re telling me how to clean the toilet. I feel like you don’t trust me to do a good job.” As Dr. Hall stated earlier, controlling types don’t always know they’re doing something harmful. Kindly pointing out the effects of their control in real time may cause them to reflect and alter their behavior.

Depending on the personality you encounter, you may experience some pretty nasty behavior. Some who suffer from the more severe personality disorders have no qualms about hurting your feelings. They will purposely wreck the self-esteems of those around them with direct and harmful actions. Some will even behave belligerently to alter the mental state of others making them more vulnerable and susceptible to their controlling whims.

Don’t take the bait. Maintain your composure and mental clarity, maintain eye contact, stand firm in your conviction. Mostly, when control freaks resort to toxic behaviors, they crave your reactions. It genuinely enables them and gives their poor treatment of others a minor purpose for themselves. Trust me when I tell you they have infinite more experience at going “low” than you do. “Low” is their life, it’s where they spend the most time, and what they’d love is others to join them. Don’t engage in shouting matches, don’t use sarcasm, don’t do anything a bully might do. When the interaction is ended, you’ll feel better about yourself and they’ll be left in the low place they started.

There’s no shame in keeping most of your thoughts to yourself during a confrontation. It’s a form of strategy that keeps you from expending unnecessary energy on insignificant matters. “People who try to dominate you can be exhausting and suffocating. They make you feel like you can’t breathe and you’re trapped in their ways,” says psychologist Susan Albers, PsyD at Wooster Family Health Center. “Sometimes it is just easier to allow people with control issues to do things their way. For instance, if it doesn’t truly matter where you eat lunch or dinner, let them decide.”

Just keep in mind to not let this become a habit so you aren’t taken advantage of. Your partner may take the inch you give them and try to run off with a mile. Ceding complete control eventually leads to anger and resentment.

Speaking with a licensed counselor/coach provides many on-going benefits without all the hassle of researching personality defects. They’re a wealth of information for mental health and can help you overcome any challenges a control freak might present. Counseling can help you navigate controlling people in your life while addressing any resulting negative effects to your mind.

If your spouse’s controlling behavior is toxic enough to cause you stress, anxiety, depression, or other symptoms/illnesses; a counselor will shorten the time it would usually take to find a healthy resolution for you. They’ll even help you formulate a plan specific to your personality to implement the resolution. Your counselor will also perform routine checks on the issues at hand to make sure you maintain your good spirits.

A licensed coach is a more simple and direct process than a counselor, even if they can be the same person. You have an issue with someone being too controlling in your life and want to fix it. The counselor/coach has determined there’s no negative effects on your psyche resulting from your experiences with this toxic behavior. Basically, your mental health is fine, but you still need help knowing how to deal with these particular behaviors. Your coach can guide you through, step-by-step, on how best to navigate your conflicts without all the extra psychoanalyzing.

Control freaks know how to manipulate and make you feel guilty. Have someone to talk to about this person’s actions to affirm with yourself that you’re not being unreasonable. If you or someone you know are with someone who is extremely controlling and/or abusive, know there is help. For anyone suffering abuse and needing support, the National Domestic Violence Hotline is 1-800-799-7233. If for any reason someone feels they cannot safely call, you can text LOVEIS to 1-866-331-9474 or log onto thehotline.org. You are not alone.

Borg, M. (4 Dec., 2018) Is being a control freak a personality disorder? Retrieved from: https://thriveworks.com/blog/control-freak-personality-disorder/

If you enjoyed learning about controlling behavior and the personality disorders from which they stem, you may also enjoy this article written by Dr. Seth Meyers on more in-depth ways to identify the control freaks in your life. 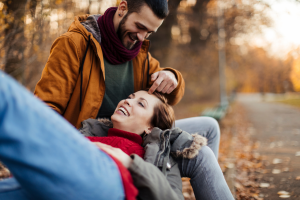 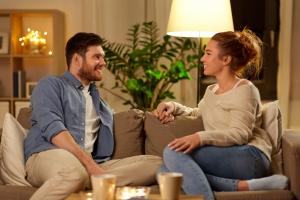 How to validate your partner during difficult conversations 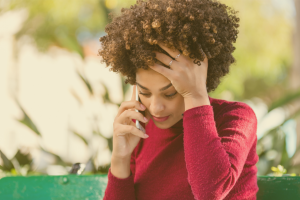 You alone are responsible for how you feel 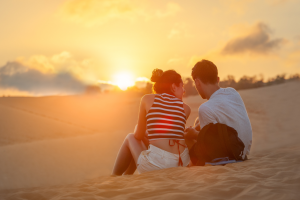